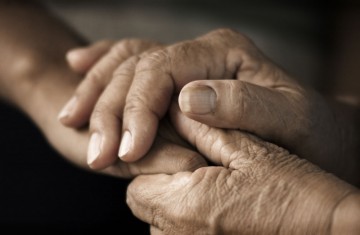 Dementia is a condition that could come to us all with age. It develops as a result of a combination of factors and it is even more likely should an individual already suffer with other conditions such as depression.

Studies have found there to be a noticeable link between the two conditions, in that people suffering with clinical depression are considered to be at greater risk of developing dementia than those with a fully healthy mental state, and those who have dementia could develop a degree of depression as a result of their deteriorating and sometimes confused mental capacity. 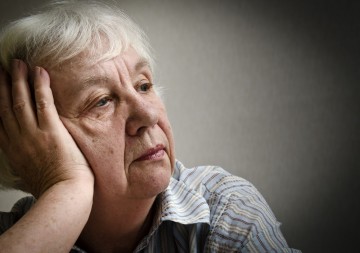 Recognising the symptoms of depression in the elderly is an important step in ensuring that their mental health doesn’t deteriorate further and can be helped. The common misconception is that if someone appears sad this is a sure sign that they are depressed, but this isn’t always the case. If you know someone who is elderly and/or suffers from dementia, be sure to keep a look out for the following symptoms of depression:

While this isn’t always the case, if a person seems to be sad for extended periods of time and for seemingly relatively minor reasons, this could be a sign that they are suffering from depression.

Tiredness is one of the major symptoms of depression, so keep an eye out for the person in question not appearing to be as active as normal or spending long periods of time in bed.

Any change in behaviour could be a sign of depression in a person, particularly if they are isolating themselves or are reluctant to take part in activities which they normally enjoy. This could also develop into a loss of self-worth, with the individual worried about becoming a burden to others or feeling worthless within themselves.

Like a loss of interest, a loss of appetite or weight loss is one of the more noticeable symptoms of depression in the elderly.

Symptoms of depression can also manifest themselves into physical or anxiety symptoms in which the sufferer may deny feelings of sadness. These physical symptoms could include headaches or unexplained aches and pains. If you notice these symptoms, ensure the individual sees a doctor and gets a full check-up; if nothing appears physically wrong, these could be symptoms of depression and the doctor may be able to refer them to a specialist who could help further.

Depression can be caused by all manner of things and set off by the smallest of problems. The elderly in particular can suffer from depression as their health deteriorates or they suffer loss. Should someone you know suffer any of the following, they may be at risk of becoming depressed:

Health problems such as psychological diseases including dementia or pain and disability could cause depression quite easily, as the sufferer feels unable to continue life as they once did and may struggle to adjust to a new lifestyle.

Living alone or the loss of close friends and family members is a common cause of depression in the elderly.

Alongside an increase in health problems and bereavement, the elderly are also at risk of a number of other factors that could lead to symptoms of depression. They may feel a reduced sense of purpose upon retirement or their children no longer being reliant on them, or may be afraid of their increasing age or of the financial pressures that come with age.

These are all common causes of depression but they are by no means the only factors that could cause the condition. While it is an awful condition to see someone suffer with, there is help at hand across the country, as well as a number of things that can be done at home.

Where to turn for help

If work and other commitments leave you unable to provide the time and attention that an elderly relative or friend needs to cope with depression, the best option may be the specialist dementia care that is provided at leading care facilities in Oxfordshire and elsewhere. Such care homes can provide devoted care and are highly trained and experienced in recognising such conditions that affect their elderly residents. They can also go a long way towards ensuring they help themselves.

They can ensure that their residents take part in regular exercise which can help to combat the symptoms of depression as well as provide activities through which they can socialise with others and overcome feelings of loneliness. Such care homes will also make sure that their residents get a balanced diet and enough sleep in order to promote positive physical health, which can greatly impact on an individual’s mental capacity and wellbeing.

Such charities that can offer support to older people with depression and their families include Contact the Elderly, who give social support, the Alzheimer’s Society, who can provide advice and information on dementia, and the Friends of the Elderly, who support older people throughout the UK.