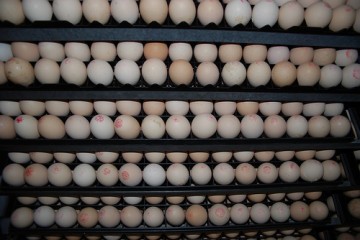 Scientists from the US are conducting a new study that will test whether eating eggs on a regular basis could help prevent memory loss and reduce the risk of dementia.

The study, which it is estimated will take around six months to complete, will have half of its participants eating two eggs a day and the other half eating no eggs.

Scientists will then investigate both groups by testing their memory, reasoning, verbal fluency and attention span.

Eggs are one of the best foods for two antioxidants: lutein and zeaxanthin, which in previous studies has shown can vastly improve cognitive function.

The researchers of this study are predicting that there will be an increase in the mental functioning of the group that is eating eggs and that eggs could potentially be used in the future to help prevent memory loss and reduce the risk of dementia.

If this is proved it could not only help people with dementia in care homes in Abingdon in the UK but residents in care homes across the world as carers can include more eggs in the diets of patients.

The researchers from Tufts University will release their findings later this year and care workers and those who are suffering from dementia and their families will certainly be eagerly awaiting the results.

This latest news comes days after research from John Hopkins University and the National Institute of Aging found that hearing loss could have a direct knock-on effect on other health conditions, including dementia, and can lead to a decline in mental and physical health.

The study found that hearing loss can accelerate the loss of brain tissue which is a factor in the development of dementia. The research also found that participants of the study who suffer from hearing loss lost more than a cubic centimetre of brain tissue every single year, in stark contrast to those who had a relatively normal degree of hearing.