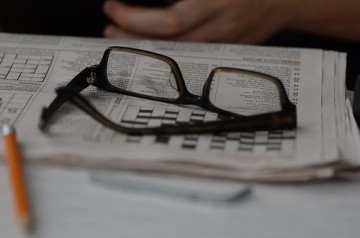 According to the results of a recent study, training the brain through puzzles and crosswords could work to delay the start of cognitive decline and the onset of dementia that often comes with old age. The researched investigated the effects of brain training over a period of ten years and found that almost three quarters of those studied reported significant cognitive benefits.

The study took place in the U.S. and involved the participation of 2,800 people with an average age of 74. It is hoped that its findings could help those staying in dementia specialist care homes in Oxfordshire and across the country prevent further deterioration of brain function through the brain training provided by the completion of puzzles and crosswords.

According to this article in the Telegraph, participants were split into four groups; three of these groups received different types of brain training, whilst the fourth took part in no such activities whatsoever. The results were then measured at intervals over the next decade. The study is said to be the largest conducted of its kind so far and produced a significantly positive outcome.