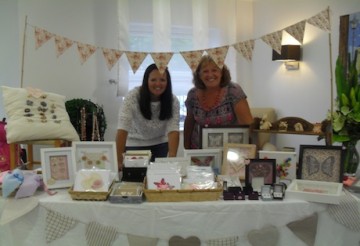 Despite the questionable yet expected summer rain, our recent summer fair was a roaring success with circa £200 being raised for Young Dementia UK.

Over 100 residents and relatives descended on the Riverly Club and took part in what ended up being an action packed day. The local community filled stalls and Age UK, Carers Oxfordshire and See Saw Children’s charity were also represented. A real buzz filled the home and it was fantastic to see so many people coming together for such a great cause.

Alongside the stalls, volunteers also provided entertainment with games and a raffle and the bouncy castle certainly proved a hit for the youngsters of the day. Despite the abundance of local support, our residents refused to been shown up and our very own John Crocker showcased his magician skills in shows performed throughout the day. The Bridge House singing group, “Singing for fun”, put their practice to good use and filled the room with a selection of well-rehearsed songs and the day was topped off by Jovan who delighted the audience with his superb accordion skills.