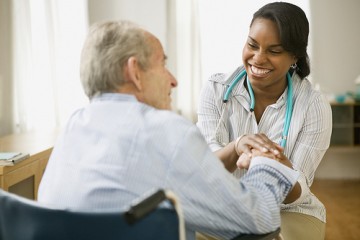 New research from Alzheimer’s Disease International (ADI) has discovered that half of dementia sufferers surveyed are likely to be affected by malnutrition and were not eating enough food or drinking enough water.

The research revealed that malnutrition affects up to 10 percent of elderly people living at home, 30 percent living in care homes and 70 percent of older people who are in hospital.

This latest survey demonstrates how important specialist care homes are which deal with dementia, as these facilities have expertly trained staff who should be able to spot when their patients have not eaten or drank enough.

The consequences of malnutrition

There are a number of causes of malnutrition within the elderly community, including illness and the taking of certain drugs which are administrated to fight infections or colds.

Malnutrition can affect sufferers in a number of ways, with a statement in the report reading, “Consequences include frailty, reduced mobility, skin fragility, an increased risk of falls and fractures, exacerbation of health conditions and increased mortality.”

Latest studies have shown that around 800,000 people across the UK suffer from a form of dementia and George McNamara, who is head of policy at the Alzheimer’s Society, says more staff need to be given specialist dementia training.

He adds, “We also need to educate caregivers and care home staff, as dementia training can be the difference between someone starving and living well with the condition.”

The research also revealed that there was evidence that Mediterranean diets could help to reduce the chances of developing dementia. It explained that diets common in Greece, Spain and Southern Italy which have plenty of olive oil and small amounts of meat, poultry and dairy products in them are beneficial to health.