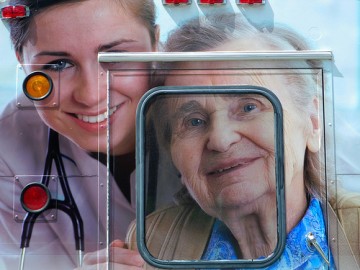 Elderly people in West Sussex are now receiving early treatment for dementia, with local hospitals screening for the condition.

Worthing Hospital and St Richards Hospital in West Sussex are now reportedly screening 90 percent of elderly patients who have arrived at their sites due to an emergency for dementia.

This new scheme has resulted in the proportion of elderly patients being screened jumping significantly from the 10 percent that was recorded at the same period last year; recently released figures highlighted that over 3,000 tests for dementia have been conducted since April 2013 at the two hospitals in West Sussex.

This, according to the statistics, has led to more than 300 elderly people then being sent to see their GPs for specialist assessment, in cases where the initial screening had revealed slight anomalies.

The project has also meant that dementia sufferers have been able to receive effective specialist treatment in care homes in West Sussex, or in residential care homes in Abingdon and elsewhere around the UK, sooner than they would have done before.

Treatments have been proven to work better if administered in the early stages of dementia, as well as helping families to plan for the future.

A matron at one of the hospitals, Katrina O’Shea, says “Detecting dementia early can make a real difference to someone’s quality of life, and the lives of those caring for them.

“That is why we have made such an effort to drive up the number of assessments we do, and the figures show just how successful those efforts have been.”

The screening assessments for dementia that have been used include methods such as nurses asking their patients 10 standard questions to test their mental health in order to ascertain whether the patient may have the life-changing condition.