Exercise can help in battle against dementia 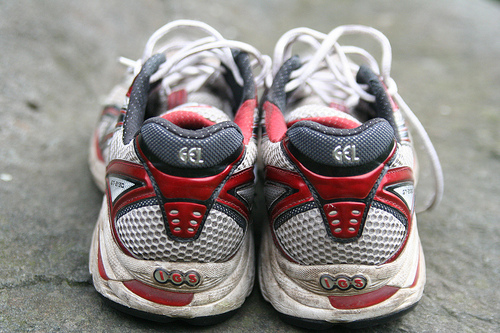 A leading researcher has highlighted the importance of exercise in reducing the chances of developing dementia, urging people to put down their crossword puzzles and get out for a jog instead.

The news comes after Prof Clive Ballard, Professor of Age Related Disease at King’s College London, suggested that the best methods of fending off the condition are to head out for a jog or brisk walk, going against the common theory that stimulating the brain with complicated puzzles is more effective.

Until recently the Director of Research for the Alzheimer’s Society, Ballard is currently pioneering an investigation into the long-term effects of brain training in older people. In the study, over 11,000 people used commercial brain training games over a period of six weeks. The findings showed that on a range of tests, volunteers showed no benefits compared to a group which had spent the same amount of time surfing the internet. With this in mind, Ballard has stated that Britons will be better off integrating regular exercise into their lives as a defence against dementia.

Backed up by series of studies

There is a growing body of evidence which suggests that cardio-vascular exercise can reduce the risk of dementia, showing the importance of keeping as active as possible during later years. These studies are imperative in helping people gain a better understanding of the condition, as the results could also be used to enhance the quality of specialist nursing care in facilities all over the UK.

Another of these studies was carried out just one month ago by the University of Pittsburgh, which found that men and women who took a brisk 40-minute walk three times a week showed an increase in the size of the brain compared to those who didn’t. While the brain usually shrinks by 1 per cent every year, those who exercised in the study showed an expansion of up to 2 per cent – knocking almost two years off their biological age as a result.

Recent News and events from across Carebase